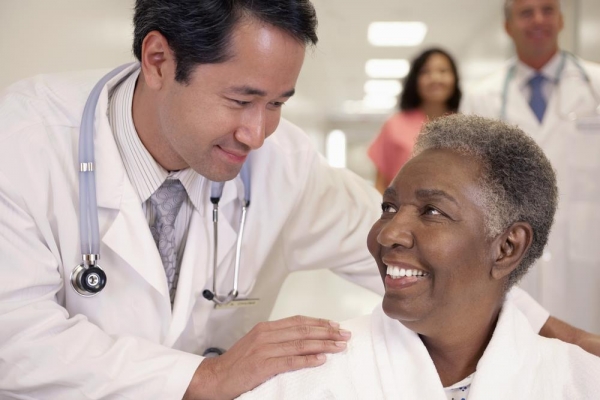 The United States healthcare system is often berated for how it treats patients near the end of life. They are purportedly attached to tubes and machines and subjected to unnecessary invasive procedures that cause inordinate pain with no potential benefit, there is underutilization of more compassionate hospice services. This “travesty” is expensive, as the care of dying seniors consumes over 25% of Medicare expenditures. We hear this story so often; it is almost taken as gospel-- but is it actually true? Is it more expensive and invasive to die in America than in other developed countries?

Ezekiel Emanuel, MD is the elder, but less besieged, brother of Chicago’s mayor and a distinguished oncologist and vice provost at the University of Pennsylvania. He and his coworkers recently published the first systematic international comparison to test this hypothesis. They gathered end of life data from 2010 on cancer patients, as it is the second leading cause of death and the most expensive per patient. Surprisingly, the United States does compare fairly well in caring for these patients.

Just 22% of Americans dying with cancer actually died in the hospital, lower than in the six other countries involved in the study (Canada, England, Norway, the Netherlands, Belgium and Germany). Similarly, Americans spent the fewest days in the hospital in the last six months of life, on average ten days. In Canada, 52% of patients died in the hospital and nearly 90% were admitted for around three weeks during the last six months of life. In other areas, the United States did not measure up as well. The incidence of ICU admission and chemotherapy administration (40% each during final 180 days) were the highest of the countries studied. Most surprisingly, America was not the most expensive.  We ranked more than the least expensive country, Norway, but comparable to Canada. This in spite of the fact that our total healthcare outlay per capita dwarfs the other six countries. This magnifies the relative over outlay of resources to the dying cancer population everywhere except here.

This study has important implications. If confirmed, it disproves the shibboleth that end of life care is a major contributor to our medical economic unsustainability. However, it also reinforces the avoidable human suffering from last ditch efforts to treat when there is little hope for improved quality of remaining days. It provides impetus to providing universal access to high-quality palliative care as the default for all Americans facing their demise.

Most startups need funding at some point. Once you have the addressed all of the items in the previous episodes, it is time to build your list of potential investors and start the conversations. They can be friends, family, social network, social media contacts, work colleagues, people in the business industry, etc. Try to put together a list of at least one hundred people. A list of one hundred potential investors may seems like a lot, but the more people you have on the list, the better your chances are of success.
Read More...

You have proven you have a business that works. Now it is time to put the foot on the gas pedal. When you do this, here are some questions you should be considering.
Read More...

It is time to make money! You have been through a couple of rounds of market testing now you feel like you are on to something. The next step is to run the numbers to make sure that the business is sustainable. There are two sides to making money, profitability and cash flow.
Read More...

After finishing your first set of market tests, you need to evaluate the results. It helps you determine whether your business strategy is working or not. It also saves you money down the road if you are not pursuing the right opportunity.
Read More...

Starting to Grow, How Rushing to Market Turned Crystal Pepsi Into One of the Worst Product Fails of All Time, Even After Half a Billion of Sales in Its First YearFind Angel Funding & Venture Capital for Business Startups, Entrepreneurs, & First Tim

As your business starts to grow, what do you see? Is everything running smoothly? Or are there hiccups in your business operations? When everything seems okay, you grow confident and start to take on more and more customers.
Read More...

When battling for resources or investment, early-stage entrepreneurs may believe that competition is a bad thing. On the surface, they are correct. There are a limited number of angel investors willing to provide a finite amount of venture capital to founders.
Read More...

This is one of my favorite hacks/shortcuts for raising money. It will save you a ton of time and get more attention from potential investors.
Read More...

Congratulations, your market testing worked and you were able to find customers, or at least one customer. Your beta test was successful and you are confident that you are ready for more. What do you do when you start getting customers or users? I recommend you do some scaling or upscaling.
Read More...

After you have your business idea and your sales pitch in place, the next step for an entrepreneur is to understand how to beta test his/her business idea. Before you can build a billion or trillion dollar empire, you might want to start with one sale.
Read More...

When it comes to brainstorming startup ideas, new entrepreneurs and even seasoned ones scratch their heads in confusion. Living in the information age, you can scan the current market and see countless new business ideas. With so many options out there, how do you know which one is right for you?
Read More...