A recent wellness blog on the New York Times website contradicts Mae West’s old adage that too much of a good thing is better.  Specifically, the question is whether excessive exercise can actually be injurious to your heart.  In two separate clinical studies, veteran British and German male marathoners were compared to healthy, but less active, controls and found by sophisticated imaging to have increased scarring in the marathon runners’ hearts.  This was observational only and any relevance to the runners’ health or prognosis would be speculative.  However, other causes for the scarring such as smoking history or cardiovascular disease was excluded.  This correlation between prolonged running and subtle structural cardiac damage found in humans has also been recently noted in laboratory experiments involving male rats.  Interestingly, the scientists also observed that this fibrosis was reversible, disappearing when the animals stopped their “marathoning”.  All of these studies were published in distinguished medical journals and therefore, were subjected to strict, unbiased editorial review before publication.

I will take them at face value and believe that excessive marathon running causes cardiac fibrosis.  Obvious the scar did not limit their athletic ability.  And parenthetically, what do you think the orthopedic consequences of excessive mileage are?  What about all those weight-bearing joints, cartilages, menisci, and tendons that have been pulverized for thousands of miles?  Ever hear of ruptured spinal discs?  Is not the frequency of many biological phenomenon represented by a bell-shaped curve?  Is not drug dosage calculated by a dose response curve to determine what is too little to be effective and what too much to be toxic?  Real life scenarios are dieting can be good, but starvation is bad, normal blood pressure is good, but too low causes circulatory shock, blood sugar control is good, but hypoglycemia causes coma and mental focus is good, but obsessive-compulsive is a psychiatric disorder.

There may be some scientific curiosity as to the outer limits of mechanical endurance the human heart can safely endure.  But the fitness fanatics studied are curiosities in the laboratory of exercise physiology.  These studies have absolutely no relevance to the 6 million other human beings on this planet that are trying to take control of their lives by sensible physical exertion.  Moderate exercise is undeniably good for you, period.  Before initiating on such a program, patients with heart disease or who are at risk of having undiagnosed cardiac problems should check with their doctors or be monitored.  It seems to me a more productive area of research would be to further define what the optimal amount of exercise is now that we know what is too much and that none is too little. 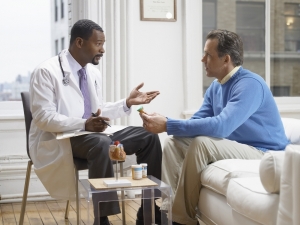 Successful implementation of the Affordable Care Act will provide tens of millions of previously uninsured Americans with healthcare coverage. However, when these individuals seek medical care outside the emergency room or charity clinic setting will there be practitioners to serve them?
Read More... 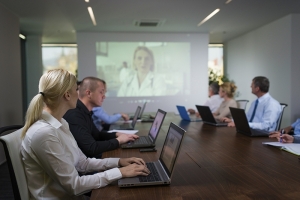 The legislation was passed by Congress on April 15, 2015 and signed into law by the President on April 16, 2015. It introduces sweeping changes to the reimbursement methodologies and financing of health care in the United States.
Read More... 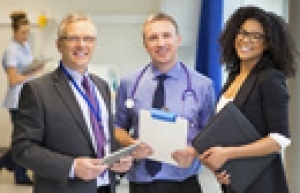 Wealthy Physician Fallacy - No matter the recent trend, cutbacks in payments for provider services is a relentless and persistent tool universally acclaimed as cornerstone to healthcare cost containment. Concurrent with the bludgeoning of physician income is the populist conviction that this is morally justified to combat physician greed and unwarranted overcompensation.
Read More...
Page: 1234 - All
Join MPS Today!
Call 248-633-8557 or Send a Message:
Connect with Us: